Examples of iconic chair designs will be up for auction in the 20th Century Design Sale, held on the 29th February. Chairs, more than any other object, reflect the history and development of architecture, design, technology and the changing needs of society. From the opening decades of the 20th century, the chair underwent a radical transformation, as designers swept away traditional notions of form and construction. New technology, materials and ideologies opened up the realms of possibility.

Dutch designer Gerrit Thomas Rietveld (1888-1964) was one of the first members of the De Stijl movement, now most widely associated with the work of Piet Mondrian. The De Stijl movement sought pure abstraction by reducing design to bare essentials. Rietveld painted his ‘Red/Blue’ chair in 1923 after being influenced by the movement, based on a natural wood-finished prototype he first designed in 1917-8; in designing the chair he stripped all ornamentation, pairing back the form to stark planes and angles, which was exaggerated by the use of block colours. An example of the chair from a range reissued by Cassina is on offer with an estimate of £300-500 (plus buyer’s premium). 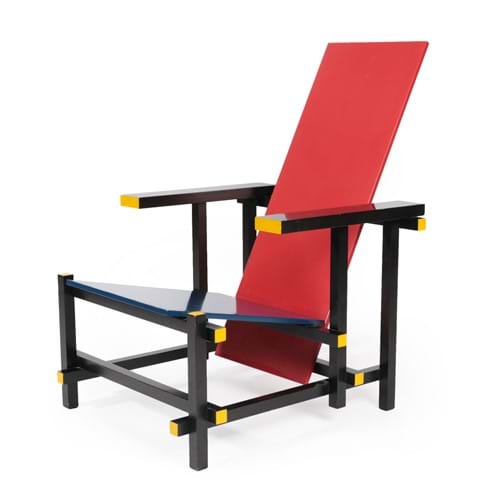 Eero Saarinen (1910-1961), a Finnish-born designer, sought to produce single-form chairs to clear up the ‘slum of legs’ in domestic interiors. However, plastics technology was not sufficiently advanced to achieve his aim, but in his ‘Tulip’ chair he succeeded in simplifying the form of the chair with a pedestal base. He produced a range of designs in association with Knoll International, including the four white Tulip chairs on offer in the sale with an estimate of £450-550 (plus buyer’s premium). 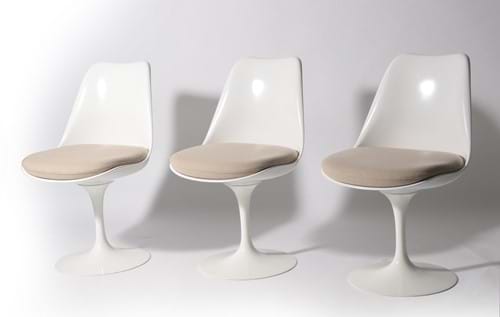 Inspired by Saarinen’s ‘Tulip’ chair, Erwin and Estelle Laverne designed their ‘Champagne’ chair in 1957. Part of a series called The Invisible Group, the ‘Champagne’ chair’s moulded clear Lucite shell gives the design a visual lightness, to effortlessly open up space in interiors. Their furniture became extremely popular with interior designers. A set of seven ‘Champagne’ chairs are offered with an estimate of £1,500-2,500 (plus buyer’s premium). 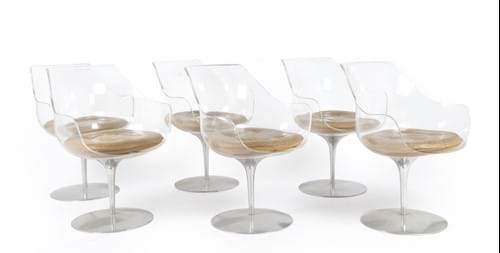 The pedestal chair form continued to inspire designers in the following decades, and a version from the 1970s is also on offer in the sale. A Captain’s Swivel Chair designed by Eero Aarnio for Asko Lahti of Finland is offered with an estimate of £100-150 (plus buyer’s premium). Primarily an industrial designer, Aarnio embodied the spirit of the 60s and 70s with his playful designs. He is best remembered for his hanging Perspex bubble chairs. 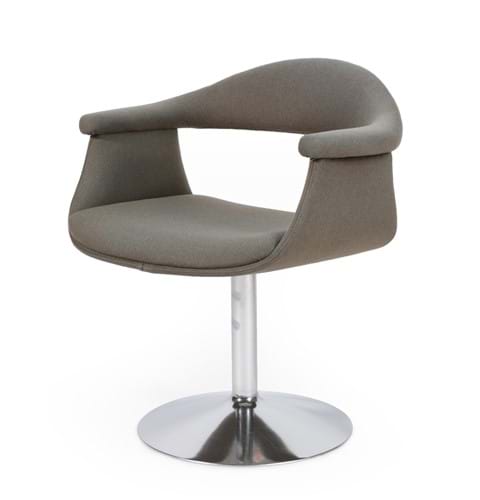