Whilst diamonds always glitter and gold always gleams – jewellery shines all the brighter at auction when it comes in the form of an insect, an animal or a bird. Whether it is a jewel-encrusted butterfly, a Victorian serpent or even a donkey, buyers are willing to pay well over the odds to secure their favourite familiar in jewel-form. 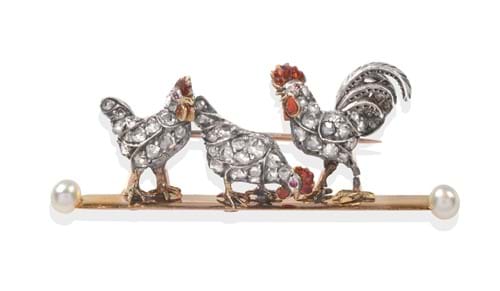 From the beginnings of civilisation, animals and insects have been central to jewellery and personal ornamentation and indeed the earliest known jewellery was made from bones and shells. Naturalistic animal forms continued to be used as techniques and materials became more sophisticated. From scarab beetles in Egyptian jewellery to serpents in Roman Jewellery, the theme crops up again and again. 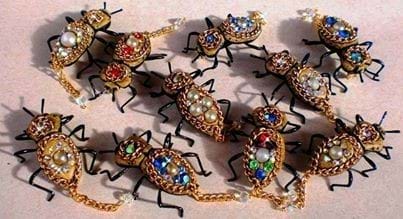 Indeed, the idea of naturalistic jewellery is taken to the extreme in South America, where live insects are decorated and worn as jewellery, a tradition that had continued for hundreds of years. The highly decorated and often bejewelled makech beetle is affixed to clothing by means of a chain fixed to its carapace – it is then free to wander over its wearers’ chest.

In more modern times, the Victorian era saw a surge in the popularity of animal and insect themed jewellery in particular. This was the age of great advances in the study of the natural world, the rise of Darwinism and the evolution of modern scientific exploration. It is these period pieces that tend to be the most sought after at auction. 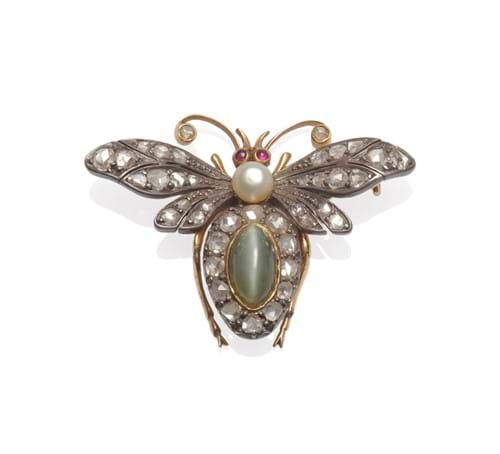 Insects are always popular, and lend themselves to colourful combinations of jewels on their wings and bodies, and in Yorkshire game birds such as pheasants and grouse have a loyal following amongst country-dwellers. 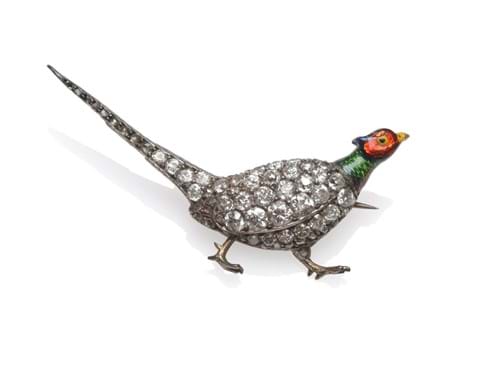 Fourth generation auctioneer Jane Tennant says: ‘I am always confident that bidding will be fierce when I am selling decorative insect or bird pieces. Competing buyers, eager for these pretty jewels, push prices way above their intrinsic value’. 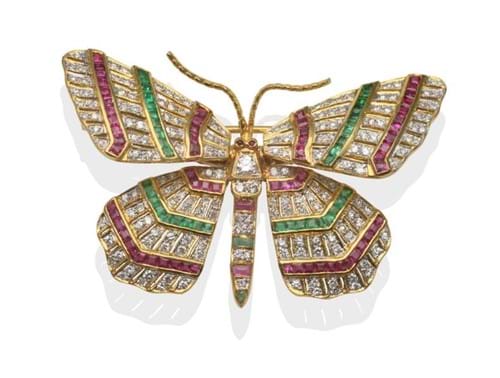