Tennants Auctioneers’ Jewellery, Watches and Silver Sale saw buyer’s flocking to the North Yorkshire Salerooms, and confident bidding led to an impressive total hammer price for the 404-lot sale of £875,920, and a strong selling rate of 89%.

Amongst a good offering of Silver in the sale was a Charles II Provincial Silver Puritan Spoon, made by Rowland Kirby of York in 1670, which sold for £3,800. Kirby is recorded as being free in 1669 and working until 1680, during which time he sold six silver boats to the Wardens of the London Goldsmith’s Company.

A Polish Silver-Gilt Chalice dated 1652 sold for £6,500. The Chalice was marked with a Housemark and an indistinct Town Mark, and decorated with angels in niches, foliage and putto masks. A Russian Silver Vase by Fabergé sold for £3,200. Marked for Fabergé and Workmaster Jenny Väkevä, it was made in St Petersburg in 1902-1908, and was set with three Russian coins depicting Empress Elizabeth. Also selling well were a Victorian Silver Mustard-Pot by James and Nathaniel Creswick of Sheffield modelled as an owl (sold for £2,000), and a Pair of Elizabeth II Silver Models of Partridge by Edward Barnard and Sons Ltd of London (sold for £2,000). 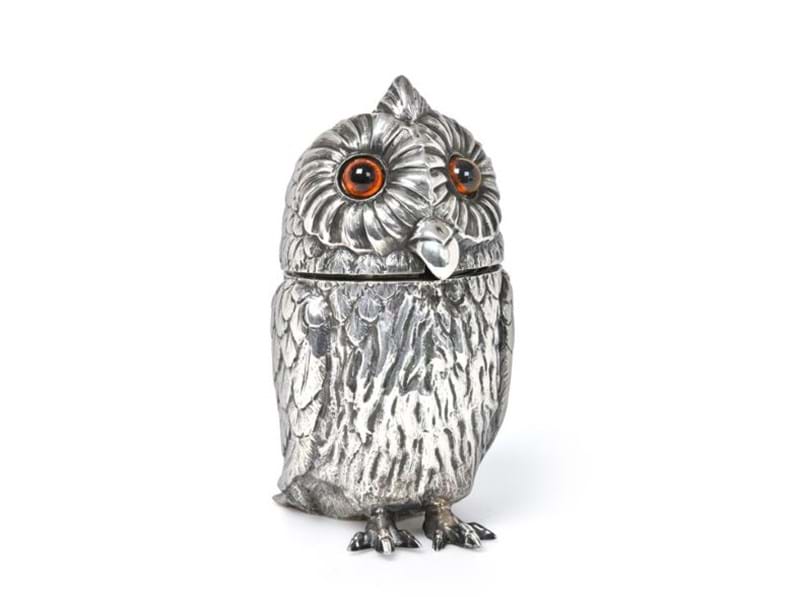