The Devlin's in the Detail

Stuart Devlin is one of the greatest contemporary silver and goldsmiths – a designer-craftsman who took the London Design world by storm in the mid-60s to mid-80s. His winning formula of simple silver forms enriched with surface pattern and gilded textures were a huge commercial success and remain highly desirable at auction today.

Devlin was born in Australia in 1931, but his signature style was formed when he opened his first workshop in London in 1965. Here he developed new metalworking techniques that enabled him to produce a wide variety of surface textures and filigree forms cost effectively. After years of austerity, and a focus on stripped back Scandinavian design in the early 60s, Devlin set out to enrich people’s lives with luxurious silverware in a more romantic decorative style, and his yearly collections of limited edition pieces became eagerly anticipated. 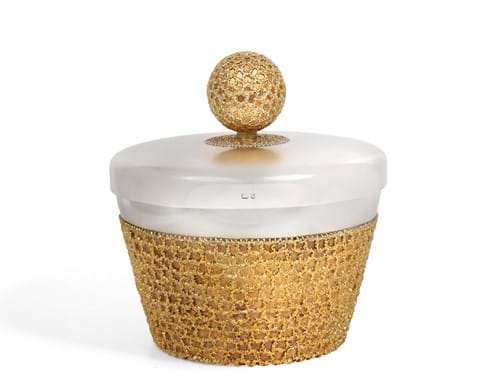 A parcel-gilt silver ice bucket with lid by Stuart Devlin, sold recently at Tennants, epitomises his signature style. The underlying silver structure is simple in form, but the band of decadently gilded, almost encrusted decoration around the base and on the over-sized ball-shaped handle give the ice bucket the richness Devlin was famed for. Ice buckets by Devlin rarely come up at auction, and with the gilding in good condition it exceeded its £500-800 estimate to sell for £1,600. 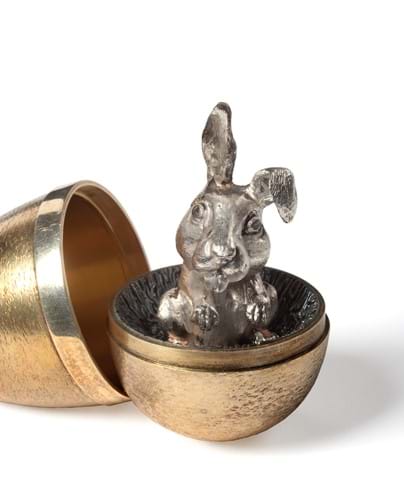 As well as luxury, Devlin also aimed to introduce an element of surprise and amusement into his work, exemplified by his collectable limited edition Surprise Easter Eggs and Christmas Boxes. Each simply designed but textured egg or box open up to reveal a miniature figure or scene inside, from an Easter bunny to a bunch of flowers or a scene from a favourite Christmas carol. 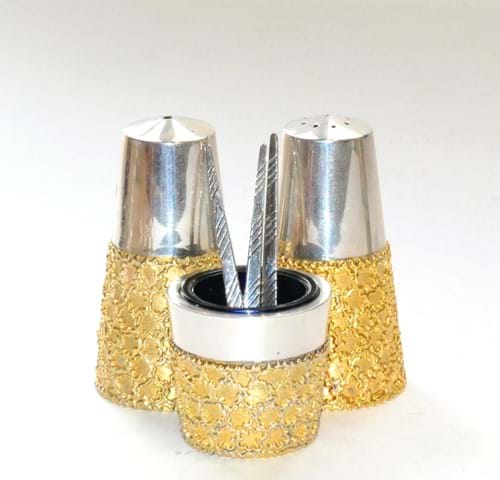 At auction, Devlin’s Surprise Easter Eggs and Christmas Boxes are very collectable, and with prices starting at around £200-300 they are a good entry point for new collectors. Larger sets of goblet and items of unusual form sell closer to the £1,000 mark. However, the very rare pieces of jewellery designed by Devlin, or specially commissioned elaborate table centrepieces and candelabra can sell for many thousands of pounds. As ever, condition is all important; check for areas of wear to the delicate gilding, particularly over the textured areas, and the Surprise Easter Eggs and Christmas Boxes must come complete with their original boxes. 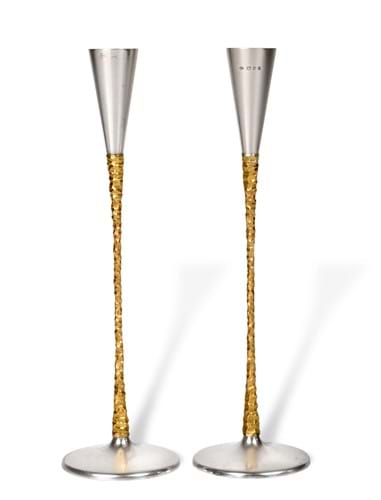 A Stuart Devlin Pair of Candlesticks - Sold for £650