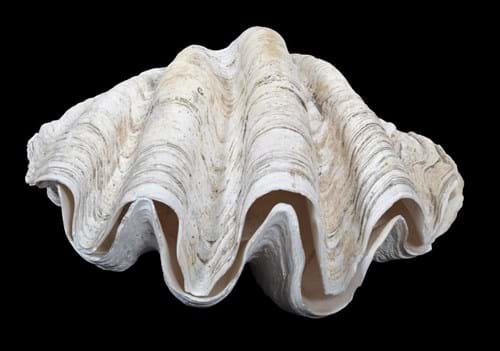 Conchology: Giant Clam Shell (Tridacna gigas), circa early 20th century, a complete full shell, left half 45.5cm by 29cm, right half 45.5cm by 30cm, height when both halves together 30cm.

The Giant Clam is the largest living bivalve mollusc. They inhabit the shallow coral reefs of the South Pacific and Indian oceans and measure as much as 1.2m across, and have an average lifespan of 100 years or more. Estimate: £500 - £700 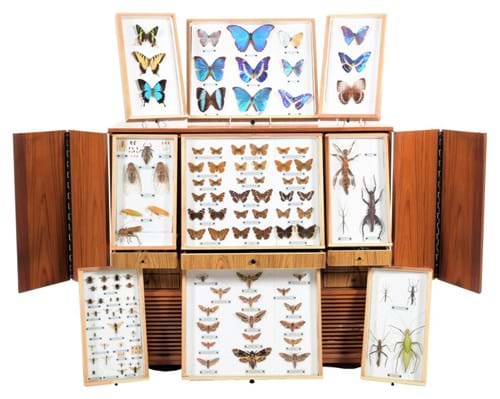 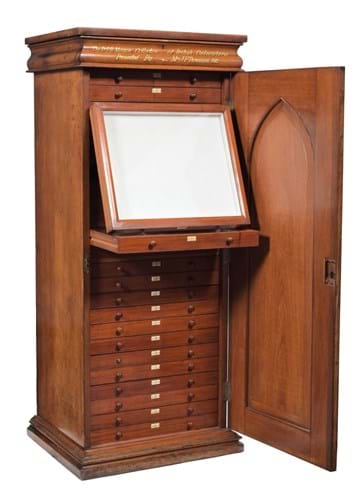 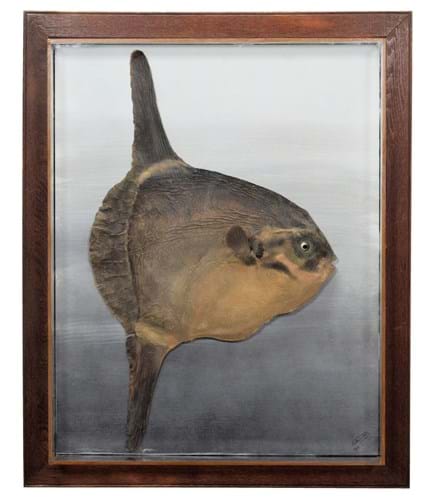 Taxidermy: A Rare & Unusual Wall Cased Ocean Sunfish or Common Mola (Mola mola), caught off the coast of Hartlepool UK in 1995, mounted and cased by A.J. Armitstead, Taxidermy, Darlington, Co Durham, a preserved full mount juvenile Ocean sunfish in side on profile, set against a graduated grey painted back drop, enclosed within a wall hanging picture frame style five-glass oak framed display case, 55.5cm by 9cm by 70cm excluding outer frame, signed and dated to interior lower left, bearing taxidermist's full paper trade label to verso, including attached original newspaper cutting - "Off course .... but not on the menu, a Rare tropical fish brought shoppers to a standstill yesterday after being netted hundreds of miles from its native waters. The bizarre-looking sunfish went on display at a Darlington fishmongers attracting curious looks from people using the town's indoor market. Fully grown, the sunfish can be 15ft long and weigh 4000lb but the Darlington example weighed in at just 7.5lb. it normally inhabits tropical or sub-tropical seas though it has been known to travel in the Gulf Stream, which runs down the west coast of Britain not the east, where it was caught. It was netted on Thursday by the Hartlepool trawler "The Amanda" and appeared yesterday at P. A. Liddle and Sons fish merchants. Jonathan Liddle said; "I have been doing this for 15 years and have never seen one of these in my life." The fish itself is a strange truncated shape with the scaleless body, thick elastic skin and long dorsal and anal fins. But it was for display purposes only because its flesh while not poisonous, is inedible." Estimate: £350 - £450 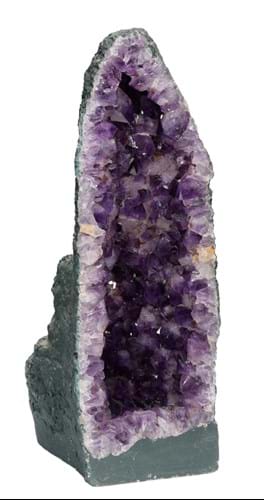 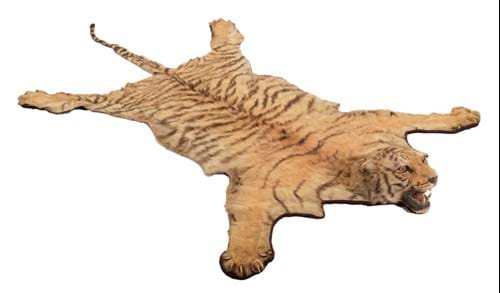 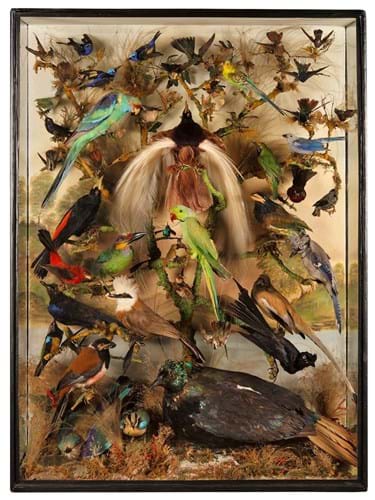 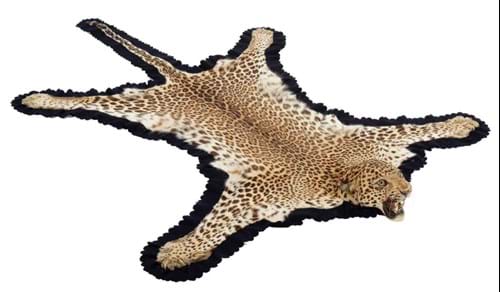 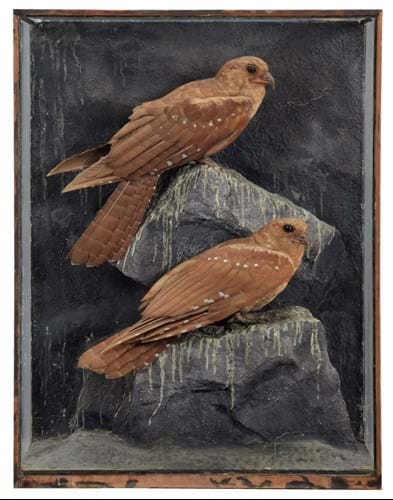 Taxidermy: A Cased Pair of Oilbirds (Steatornis caripensis), circa 1900-1914, by Rowland Ward, The Gallery of Natural History and Artistic Treatment, 167 Piccadilly, London, a superb pair of full mount adult Oilbirds, both perched upon a painted faux rock ledge, above painted rockwork beneath, set against a simulated cave wall back drop, enclosed within a typical four-glass display case, 51.5cm by 31cm by 67cm, bearing taxidermist's partial paper trade label to verso.

The Oilbird locally known as the guácharo is a bird species found in the northern areas of South America including the Caribbean island of Trinidad, nesting in colonies within caves, oilbirds are nocturnal feeders on the fruits of oil palm and tropical laurels. They are the only nocturnal flying fruit-eating birds in the World (the Kakapo, also nocturnal, is flightless). They forage at night, with specially adapted eyesight. However they navigate by echolocation in the same way as bats, one of the few birds to do so. They produce a high-pitched clicking sound of around 2 khz that is audible to humans. Estimate: £2,000 - £3,000 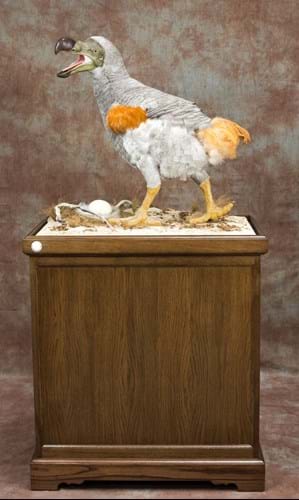 Natural History: A Cased Re-creation of a Dodo (†Raphus cucullatus), circa 2013, by World Renowned Taxidermist, Carl Church, Pickering, Nth Yks, a fantastic reproduction of the extinct Dodo, a full mount adult stood with head turning to the left in startled pose with beak agape, protecting her egg below within a shallow nest site, mounted upon sand and pebble covered groundwork, enclosed within a large oak framed five-glass display case supported upon a bespoke oak cabinet base, 86cm by 56cm by 184cm overall, upper cabinet 86cm by 56cm by 90cm, bearing taxidermist's circular ivorine plaque to base lower front left, a rare opportunity to purchase one of these fabulous creations, only five such examples have ever been created by Carl Church.

Foreword by Carl Church - "I began my first recreation dodo out of curiosity in2006 and was fortunate enough to be able to take measurements from a real dodo skeleton. Working at life size, taking references from books, paintings and other dodos, I began sculpting with modelling wax. When I decided to re-create rather than merely sculpt a dodo, I focused on individual body parts, covering the model with turkey skins and beginning the feathering process from my knowledge of bird anatomy. The dodo gradually took shape, becoming a feathered, life-sized bird. Estimate: £10,000 - £15,000 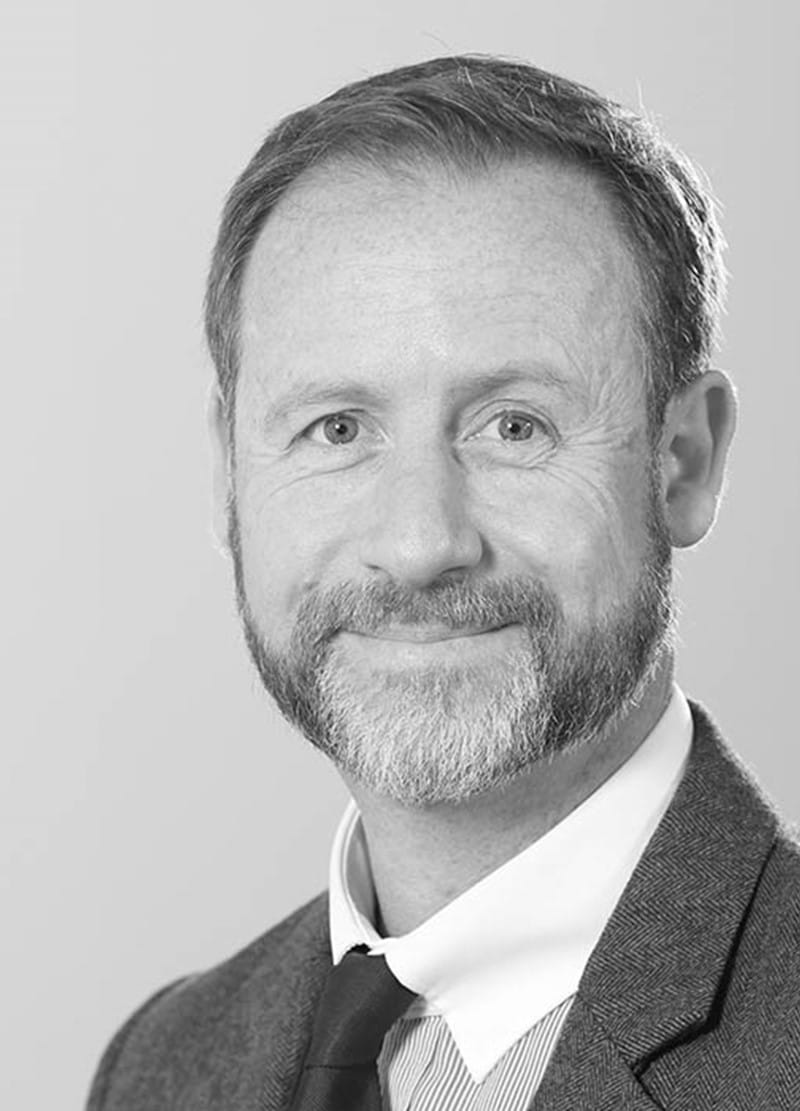