For those initiated into the intriguing world of single malt whiskies, the ‘silent’ distilleries of Scotland hold a special appeal. With supplies from closed distilleries constantly diminishing, the romance and rarity value of these spirits has attracted a loyal following from a growing group of collectors and drinkers.

The Scottish whisky industry has had a long and chequered history. In the middle of the 19th century, there were over 200 distilleries dotted across Scotland, however, an economic downturn in the first half of the 20th century sparked a period of decline and around 70 closures. Then an upturn during the 1950s, 1960s and 1970s saw rapid growth and expansion, with many distilleries being brought under the umbrellas of large corporations. 1980, however, marked a rapid decline in the whisky industry, and by 1983 the market was struggling to such an extent that a further rash of closures swept across the country.

Up until the mid-1980s, the vast majority of whisky sold worldwide was blended, with single malts forming only a fraction of the market. During a period of restructuring and closures in the early 1980s, it was the smaller and more remote distilleries that were selected for mothballing, along with those whose flavour profile was not deemed distinctive enough in its contribution to the all-important blended whiskies. For example, the Distillers Company Ltd. owned a raft of small distilleries across Scotland; on Islay alone, they owned Caol Ila, Lagavulin and Port Ellen. Lagavulin was much favoured by drinkers, but Port Ellen and Caol Ila had very similar flavour profiles; the distillery with the smaller output, Port Ellen, was selected for closure.

However, in the late 1980s a new type of consumer emerged, who favoured single malts and appreciated the diverse and complex flavours and individuality of each region and distillery. The market for single malts has seen a dramatic growth in the last two decades, with collectors drawn to the finest and more importantly the rarest whiskies. Historic original bottlings from the silent distilleries saw values increase on the secondary market, and from 2010 they were joined by a wave of new releases. High demand had led to the re-evaluation of remaining stocks from silent distilleries. Casks of new-made spirits had been left to quietly and slowly mature following the closures and in some cases were found to be better than the original product of the distilleries. There are now around 40 whiskies from silent distilleries on the market, as owners of the brands and independent bottlers issue highly prized limited-edition releases from their stocks.

As the remaining whisky is bottled and drunk, and a proportion of the whisky in cask is lost to the ‘angels’ share’, silent distillery whiskies are becoming increasingly rare. Combined with the costs of storing the maturing casks, it is little wonder that prices have risen dramatically. For example, official limited-edition releases of Port Ellen, now owned by drinks giant Diageo, rose from £300 per bottle to £2,200 per bottle in the space of five years.

Today, many bottles of whisky from the lesser known silent distilleries are affordable and are a good entry point to collecting. However, a handful have achieved almost cult-like status with new releases sold at a premium, and which are very collectable on the secondary market. The top three silent distilleries are Port Ellen, Brora and Rosebank. In order to capitalise on the power of the brand names, all three are in the process of being re-opened. Whilst the true quality and nature of the whisky to be produced by the revived distilleries will take many years of maturation to reveal, owners are putting their faith in the brands. 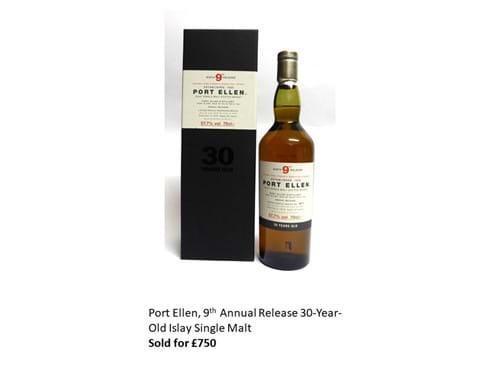 Port Ellen is an Islay distillery, famed for its heavily peated single malts. First opened as a malt mill in 1825, it was converted into a distillery in 1833. It was acquired by the Distillers Company Ltd in 1925 but closed in 1983. It has since run as a maltings for neighbouring Diageo Islay distillers Lagavulin and Caol Ila but is being reopened by Diageo who own the remaining original stocks. Port Ellen has become very popular in the last ten years, and special releases have shot up in value. With the regeneration, Diageo aim to try and recreate the old Port Ellen style whisky alongside a separate distilling regime to experiment and create new tastes. 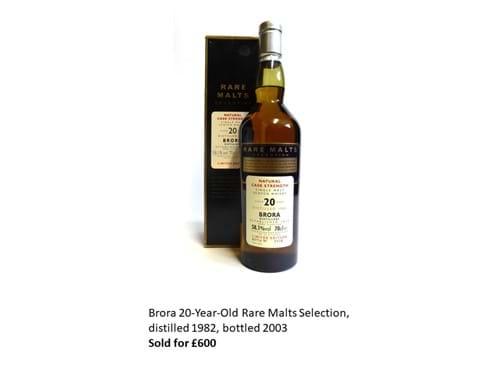 Brora is a Highland distillery on the outskirts of the small, east coast village of Brora in Sutherland. Originally, the distillery was opened as Clynelish. During a period of prosperity, the Clynelish distillery was moved to new premises nearby. In the 1960s, the old distillery buildings were re-established, and a new distillery was opened under the name brand of Brora. It too, suffered in the early 1980s slump, and was closed in 1983. Brora’s smoky, waxy whisky, more highly regarded today than during its active years, has been slowly released by owners Diageo. It is scheduled to reopen in 2020. 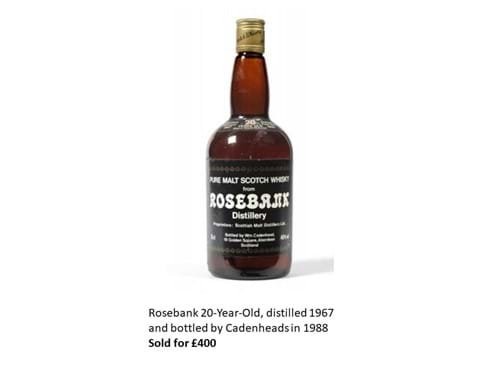 Rosebank is a Lowland whisky, based in Falkirk. It had a reputation for incredible triple-distilled smooth floral whiskies, and the highest regarded Lowland malt. Closed in 1993, it is being revived by Ian McLeod distillers, despite its original buildings having been converted a number of years ago. Rosebank has been less in demand than Port Ellen and Brora in recent years but is now seeing a growing following. 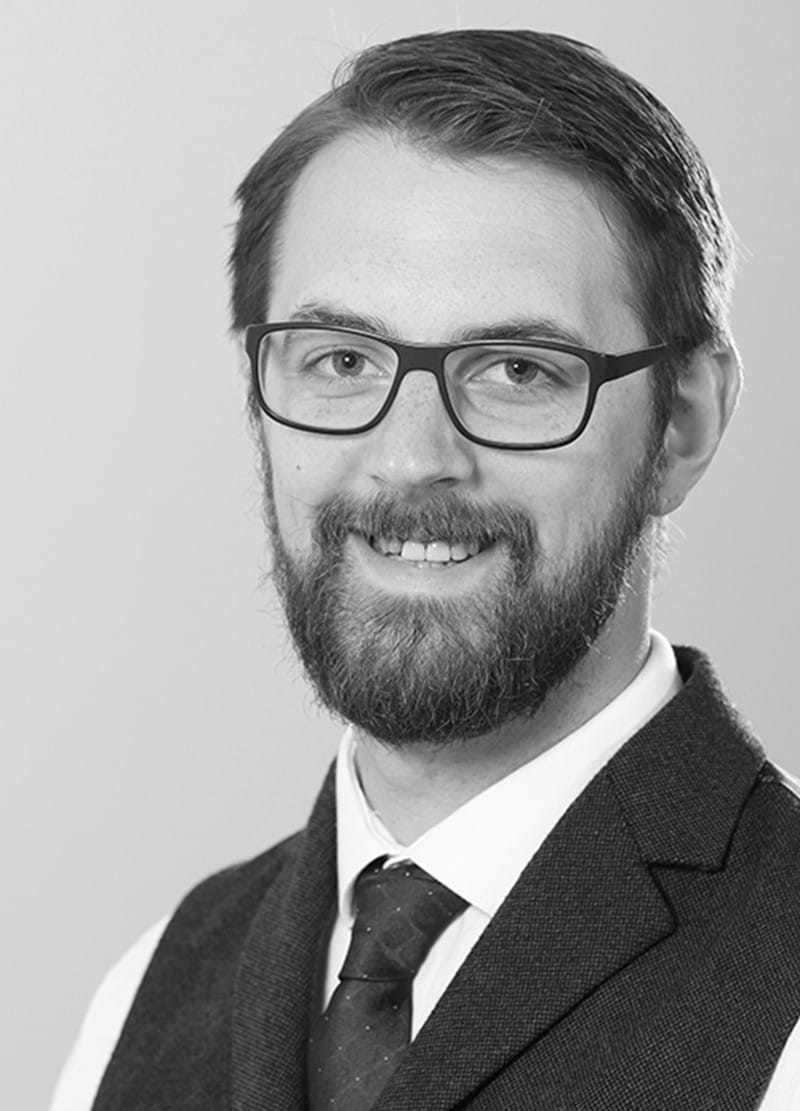