How Music Was Made: Music Boxes at Auction

In the mid to late 19th century, Cylinder Music Boxes, along with their close cousins Disc Music Boxes, were the only way a household could play ‘recorded’ music. Prior to Thomas Edison’s invention of the Phonograph and later the Gramophone – once seen in every home in the land and now in almost none – music boxes were popular as after-dinner entertainment.

Like all technologies, they were produced at differing levels of quality and complexity to suit budgets and tastes. Today there is a nice simple way for us to tell the wheat from the chaff – count the teeth! Teeth are to music boxes that cylinders are to cars; the more you have the better, as every different note a music box plays requires a tooth. The more teeth, the more notes you can have, which results in better sound definition within the tonal range of the box. 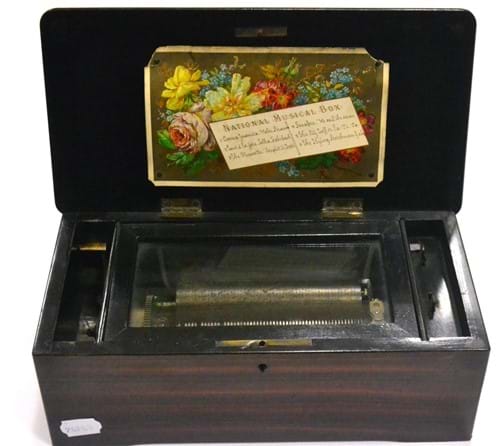 How you can own a piece of music history, whatever your budget:At the simplest end of the scale, we have this Swiss box with a short cylinder (six inches), 56 teeth, and which plays six tunes. This is the Fiat 500 of the Music Box world; a good starter model produced in large numbers for the mass market. It sold for £120. 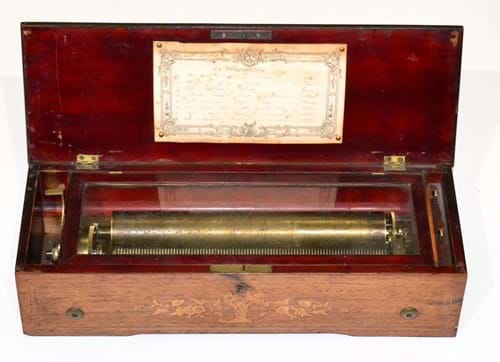 This mid-range Swiss Music box has a longer cylinder (13 inches), allowing twice as many teeth as the previous example, and which plays eight tunes. It has resisted the temptation of many of its counterparts to add any ‘bling in the form of, quite literally, bells and whistles (drums, percussion blocks and bellow driven organs were also added). This is a sporty BMW without all the add-ons, and sold for £300. 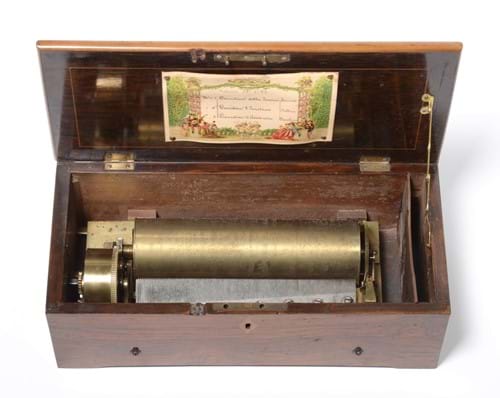 At the top end we get the Ferrari of cylinder music boxes, the Overture Box. Like its automotive counterpart, it has no flashy gimmicks as all the money is spent on getting the best possible sound. The engineering difficulty of getting more than 200 densely packed teeth on a 10-inch comb in tune and the pins in the cylinder to be exactly in the right place is huge, and to make things more difficult, there are three tunes included on a single cylinder. These boxes are masterpieces of their art and are very rare. This fine example sold for £5,200.